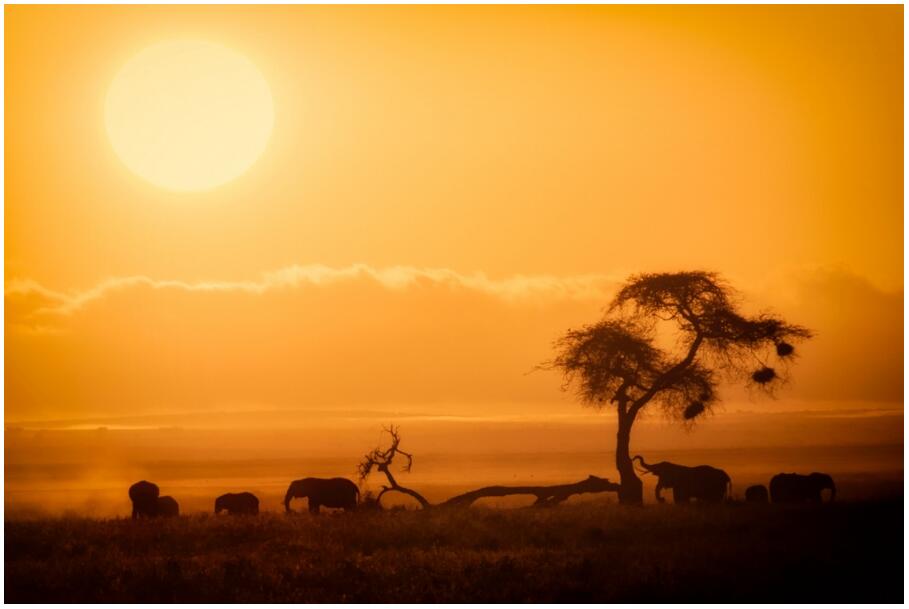 Endless sandy beaches on the Indian Ocean, exciting safaris in a varied landscape and foreign cultures – holidaymakers in Kenya can experience all this and much more. The country in East Africa exudes a pure African feeling and, in contrast to other destinations on the continent, is a very safe travel destination.

The capital Nairobi is located in the mountainous interior and has over three million inhabitants. The second largest metropolis is Mombasa, which was built right by the sea and is considered the gateway to the country’s dream beaches. Both cities have numerous sights as well as international airports that are regularly served by flights from Europe. Due to the colonial past, the official language is English, which makes communication with the local people very easy.

In the following we present you the most exciting tours, most beautiful attractions and best sights in Kenya.

Kenya’s capital is a vibrant metropolis with more than three million inhabitants. Since the majority of airlines land in Nairobi, it makes sense to stay a day or two to see the city in peace. Some of the most exciting sights in Kenya are in the center or very easy to explore from here. Be sure to visit the Karen Blixen Museum and the Karen Blixen Coffee Garden.

Practically on the doorstep is the Nairobi National Park, where you can already get a first impression of the animal life in Kenya. Wild giraffes in front of the skyline of a big city – unique photos are guaranteed. The highlight, however, is a visit to the elephant orphanage of the David Sheldrick Wildlife Trust, where the keepers fight self-sacrificingly for the welfare of the animals, even sleeping with the babies in the barn at night to give them regular bottles.

The most famous national park and one of the most important attractions in Kenya is without a doubt the Masai Mara. Located in the very south-west of the country, it is an extension of the large Serengeti ecosystem and is one of the best safari areas in the world. A special spectacle is the great herd migration when millions of hoofed animals make their way to new pastures and watering places – and naturally also have the large predators in tow.

But a visit to the Masai Mara is also highly recommended outside of migration. It is one of the most biodiverse reserves on earth. The area is world-famous for its numerous cheetahs. Encounters with the Maasai, who roam the steppe as nomads, are also exciting. “Out of Africa” was also filmed in the park bordering Tanzania. The private concession areas, in which off-road trips are also permitted, offer particularly close-up experiences.

Many Kenya travelers describe the sandy beaches in the south of the country as the most beautiful in Africa. The wide beaches, covered with fine powdered sugar sand and lined with palm trees, are actually a feast for the eyes. The best known among them is Diani Beach, which has landed in the TOP10 lists of the most beautiful beaches in the world several times. There is accommodation for every taste – from luxury hotels to private bungalows.

Diani Beach is one of Kenya’s main attractions and the country’s tourist center. Most vacationers end up in Mombasa, which is around an hour’s drive away. There are quieter sections such as Galu Beach in the south and Tiwi Beach in the north of the south coast. In the neighboring village of Ukunda there is a snake farm and a shopping center as well as several restaurants. Fantastic excursions are also offered – for example snorkeling with dolphins in Wasini Island.

Lake Nakuru National Park is the setting for a special spectacle that cannot be found anywhere else on earth. Every year around two million flamingos meet there to fish for delicious algae. Due to their number, the birds color the entire lake pink and thus offer unique photo opportunities for Kenya vacationers. In addition, the park is one of the last refuge areas for the endangered black rhinoceros.

Lions climbing trees have even been spotted in the park recently. As in the other parks, you are not allowed to leave your car. However, there is one exception in Nakuru Park: On the so-called baboon cliffs, you can enjoy the tingling view of the lake under the open sky. A visit to this attraction is particularly recommended in the evening hours, when the sun sinks on the horizon and the whole country is bathed in twilight.

One of the most spectacular sights in Kenya is Mount Kenya. At 5,199 meters, it is the second highest mountain on the African continent after Kilimanjaro. It is located almost 150 kilometers northeast of Nairobi and belongs to the nature park of the same name. Despite its location on the equator, the mountain peak is covered in snow all year round. Hiking and mountaineering are also possible for beginners in the region.

In order to stimulate tourism and appeal to beginners, a tar road was expanded from Sirimon Parkgate to Old Moses Camp in 2016. Nevertheless, climbing the summit is still considered to be significantly more difficult compared to higher Kilimanjaro and is only recommended for experienced mountaineers. The varied landscape of Mount Kenya is cheaper than climbing Kili in Tanzania, but no less impressive.

The Samburu people specialize primarily in cattle breeding and live in the north of Kenya, a very hot and dry region of the country. The Samburu National Reserve is also a real insider tip, because the 165 square kilometer nature reserve is one of the most impressive sights in Kenya for nature fans and animal lovers. Here you will not only meet numerous elephants, but also very rare animal species.

The elephants in many camps in Samburu are among the highlights, as they often come very close to the accommodations and drink from the swimming pool or shake them vigorously to get delicious fruit from the trees on the riverbank. Samburu is particularly famous for a healthy population of Grevy’s zebras, reticulated giraffes and the giraffe gazelles called Gerenuk. Gerenuks not only look strange, but often stand on their back legs to reach tall branches when they eat.

Because the Maasai own the surrounding land and in principle do not allow strangers to hunt on their lands, the Amboseli National Park was largely spared from poachers. The positive effects are particularly noticeable in the elephants, which show richer social behavior than elsewhere and are very relaxed with people. Large flocks roam the park, which is also home to over 400 species of birds.

But many other animals are also at home in the Amboseli National Park, which allows fantastic panoramic views of the Kilimanjaro massif. These include gazelles, zebras, lions, cheetahs, hyenas and monkeys. The flora is also rich due to the swamps and water holes. Amboseli is located south of the capital Nairobi and borders on Tanzania. The view from Observation Hill, very close to the airfield, is a must.

The Tsavo National Park is divided into an eastern and a western part, which are very different in terms of landscape. Together, both parts form the largest national park in Kenya. The western part borders on Tanzania in the south and offers spectacular views of Africa’s highest mountain, Kilimanjaro, in places. The landscape is multifaceted: from volcanoes and forests to savannahs and rivers, there is everything here. The Mzima Springs are a popular destination for safari tours.

Since the western part of Tsavo sometimes gets uncomfortably crowded and we like the savannah landscapes in the east better, we only list Tsavo East among the best sights in Kenya. Here you will mainly encounter stately prides of lions and the “red elephants”, who protect themselves from the sun and parasites with the dry red earth of the national park. Tsavo East was co-founded by the world-famous animal rights activist David Sheldrick, among others.

The Aberdare National Park is located around one hundred kilometers north of the capital Nairobi and has made it into our list of the best sights in Kenya due to its special landscape. The biodiversity is not particularly great, but there are some spectacular impressions in the mountains. There are some elephants in the park and even rare species like the bongo antelope and the giant forest hog. The best chances of sighting animals are at the waterhole of the legendary The Ark Lodge.

Nevertheless, it is not the animals that are the highlight of the Aberdare Mountains, but the interesting topography with an alpine heather landscape and extensive moor areas as well as an impressive mountain cloud forest in which even bamboo grows. Within just one hour, with changing altitudes (between 2100 and around 4000 meters), you can experience the constant change of fascinating landscape forms. Black leopards (with one gene mutation) have also been spotted several times in the park!

Kenya’s island of Lamu is a UNESCO World Heritage Site and was spared from tourism for a long time, as the small island cannot be accessed by cars and the residents have placed great emphasis on maintaining its narrow streets and picturesque houses. The tradition on Lamu still plays a major role today – and the island has remained car-free to this day. But they have gently opened up to tourism and are now showing the beauty of this paradise to foreign visitors.

The city of Lamu is to a certain extent the cradle of Swahili culture with numerous buildings in the typical architectural style, which have been well preserved and are now in a cultural melting pot. Lamu is an interesting mix of African, Arabic, but also Indian influences and therefore inspires with its unique charm and character. 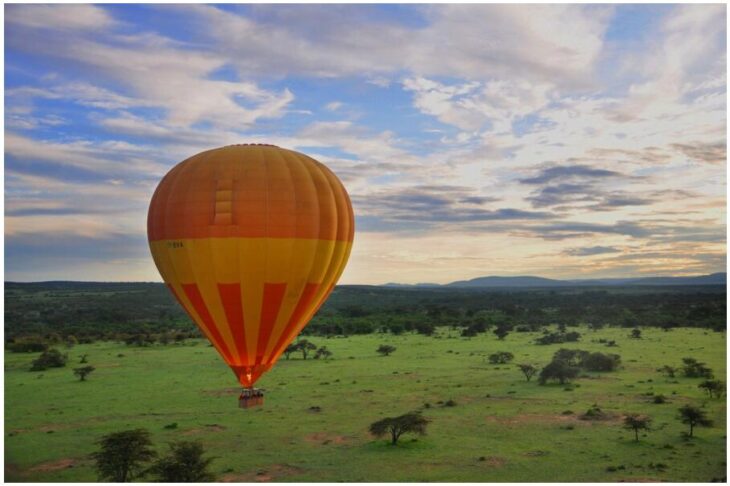